The Tamara Lane is located in Caloocan City, part of the known CAMANAVA area, also a component city of Metro Manila. It is located in the northern part of the metropolis and currently dubbed as the 4th most populous city in the Philippines.

Caloocan City is the seat of historical richness of the country because it is here where early Filipino heroes gathered and planned to revolt against the American and Spanish colonizers. This historical place is the host city of The Tamara Lane.

Economically speaking, Caloocan City has one of the most fast-rising economies in Metropolitan Manila. In fact, its 10th Avenue is a famous street nationwide as the hub of motorcycles and motorcycle parts. The city is also known for having stand-alone super malls and commercials centers.

The Tamara Lane is a proud residential component of this historically rich city. And being a Filinvest project, it is strategically located in between key places like schools, medical institutions among others. Let us see the list:

The Tamara Lane is also 5 minutes away from the North Luzon Expressway through the Malinta Exit. Novaliches Baya is just a quick ride away from the place and right across the entrance along Gen. Luis is the Sacred Heart Church. 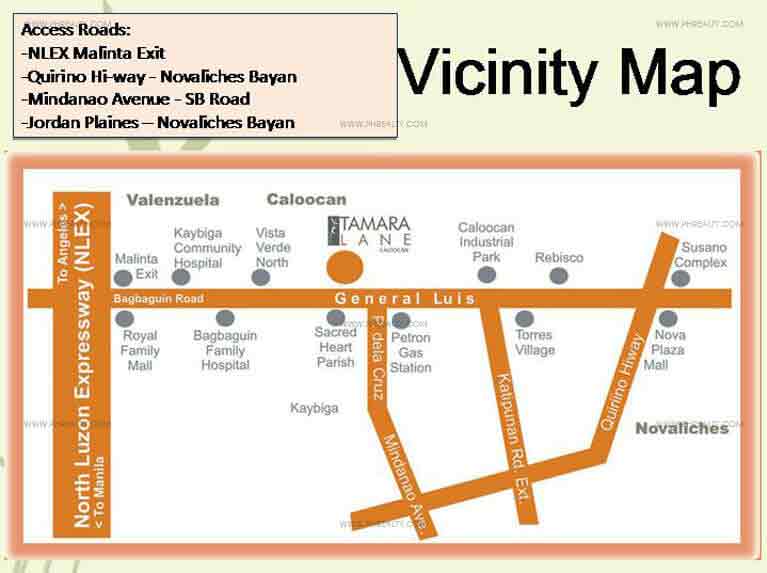